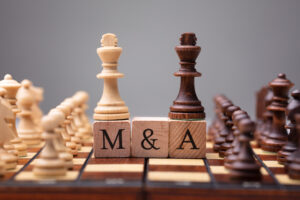 “California is a vital market for MGO’s growth and the addition of Eckhoff expanded our talent and resources in the Bay Area,” says MGO president and chief experience officer Danielle Berg. “With complementary service lines and a like-minded commitment to providing team members with an amazing team member experience, we’re proud to welcome Eckhoff and its team members to MGO.”

Founded in 1955, Eckhoff provides tax and accounting solutions to individuals and businesses throughout the San Francisco Bay area, including real estate entities and high-net-worth individuals. As part of the deal, Eckhoff’s team of twenty-plus members will join MGO, and MP Michele Hassid will join MGO as a tax principal and lead the San Rafael office. The Eckhoff wealth management practice will also be joining MGO’s wealth management affiliate, MGO Private Wealth, led by MP Bruce Frankel.

“MGO quickly proved itself a like-minded partner that shares our values, our culture, and our commitment to providing world-class financial solutions,” says Hassid.

“Eckhoff was one of San Francisco’s most prestigious and sought-after firms,” adds Allan Koltin, CEO of Koltin Consulting Group, who advised both firms on the merger. “They were continuously approached for a merger by other regional and national firms but loved the culture and depth of resources that MGO brought to the table.”